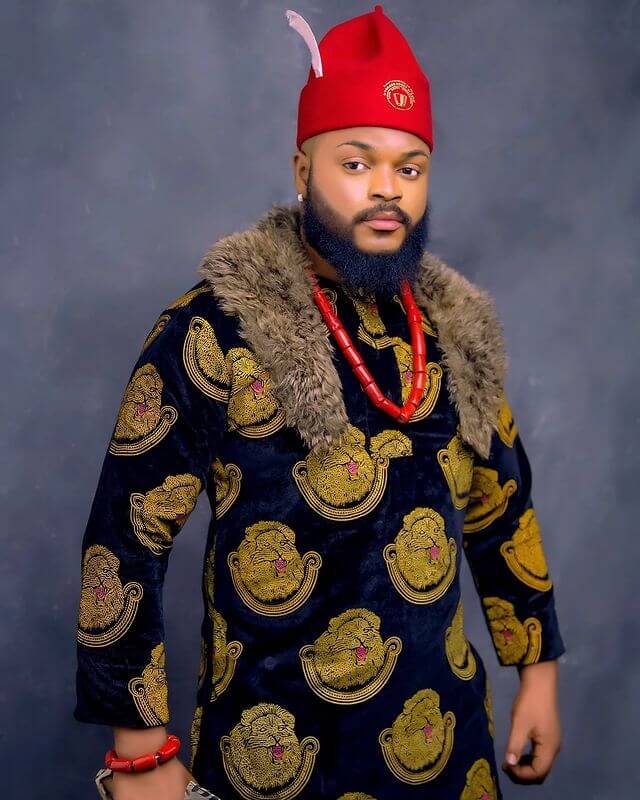 As usual, we look into top celebrities’ biographies, personal life, career, and net worth so that you, the fans of these important personalities, can have a depth insight into your faves. The need to put all this information out there is to help clear the air about a misconception about these public figures and assist the fans of these people by bringing to their fingertips real and updated news and info about these celebrities.

This article will look into the life and history of a very successful, hardworking, jovial, and famous Nigerian Reality TV Show star. This is no other than White Money!

In Nigeria, it won’t be completely discussing popular TV reality show personalities and leaving out the famous White money.

There are fans in Nigeria and beyond that are highly interested in knowing what it was like for him growing up, his family life, his current relationship status and all the experiences he had before he became famous, and also what he’s up to after becoming famous.

Now, let’s look further at another important aspect of his birth, career, and lifestyle.

White money is a Nigerian who hails from the Eastern part of Nigeria. Whose Biography is being searched by fans? Here you can check the White Money biography and a lot more details.

He’s Igbo. He’s from Enugu state. He was born on the 6th of July, 1992. He’s currently 30 years old. He was born and raised in Enugu state before moving to Lagos in his later years. He’s 5’7 tall. He has a stout body stature and well braided and styled hairstyle; he’s a bearded man. He’s light-skinned in complexion. He can fluently speak and understand English, Igbo, and Yoruba languages.

He spent several years as a resident of Enugu state, where his mum and siblings lived after his father abandoned them in the early stages of their lives. His mother owned a small restaurant where she cooked, served, and sold food to her customers. To help raise money for the family and make it easier for his mum, Hazel had to learn the art of cooking from his mum till he became an expert and started helping his mum out at the restaurant. Through this, he had a great love for cooking and spending time in the kitchen. This was evident in the time he spent in Big Brother’s house during the show. He spent his childhood and teenage years in Enugu state until he moved to Lagos to hustle like his fellow youths.

To survive the tough life Lagos had, he ventured into various menial jobs and businesses to fetch money for survival. He did photography, worked as a commercial bike rider, repaired small generators, and did several other jobs.

As a good and diverse businessman who had tried his hands on various businesses and mastered various skills before he came into the limelight, he took the same hustling spirit of a striving businessman to another level after he won Big Brother Naija’s show. He started importing designer shoes for sale and has had top clients patronizing his business.

He also went into the career of his dreams, which is his music career, he has been working tirelessly to become a popular Singer, like Wizkid, and he has made a move by releasing some of his singles such as Selense, You Bad, Rosemary, My Heart, Na We-We, and several others.

He is also a brand ambassador who has signed ambassadorial deals with some companies, such as Lipton Ice Tea, Dano Milk, and others. He is a model and has done a couple of photoshoots for some brands, especially those about body fitness. He’s a very hardworking businessman, and every day he strives harder to be a better version of himself.

He owns a well-furnished two-bedroom flat with modern home appliances and electronics, and a car from Innoson Motors, courtesy of the organizers of Big Brother Naija Show.

He is single and searching.

White money is a very humble, lively, social, and jovial personality who is also a very strategic public person with an honest lifestyle. He is generally loved by many Nigerians and citizens of other nations who got to see him on the popular reality TV Show Big Brother Naija Show. During the three-month-long show, he appeared to be very jovial and friendly with every participant in the show. His social life hasn’t been discreet; it has always been publicly displayed.

After the show, he connected and networked with top businessmen and supporters who supported him throughout his stay on the Big Brother Naija Show, he paid humble and social visits to every one of them. He also appreciates his fans from time to time by saying words of appreciation and giving monetary gifts to some special group of fans.

The public has so far accepted his humility, and he has been an inspiration to many young and ambitious young men striving hard to survive in the business and social world. He’s not just a public figure but a young and living legend of this generation. He was given a chieftaincy title by the Igbos who reside in Lagos in recognition of a lifestyle worthy of emulation.

He has his social media handles where his fans follow him up to get updated on what he’s up to. He has pages on Facebook, Instagram, and Twitter. He has about 1.5 million followers on his various social media platforms.